Chairman Scott Munro was honored to receive an award from the Hauppauge Fire Department on the occasion of his 25 years of service as a Commissioner.

For Explorer membership information please visit the Department web site at www.hauppaugefiredepartment.org. The Explorers tab is under "Companies". 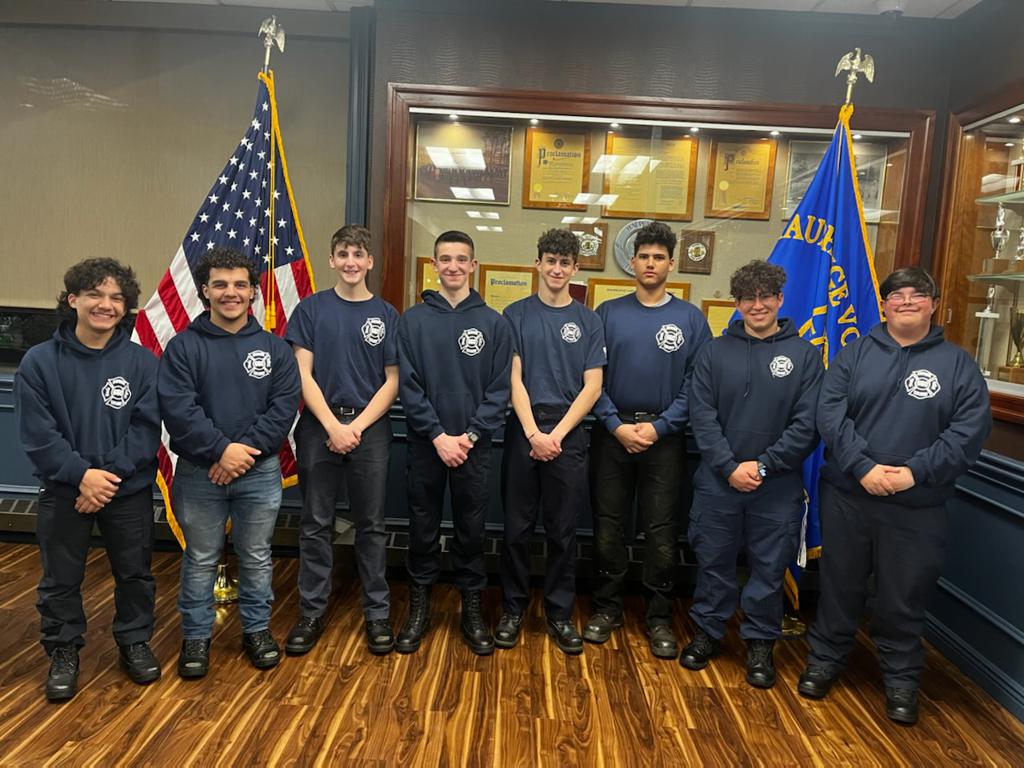 The Board of Fire Commissioners congratulates all of the recipients.

Commissioner LaFemina (R) joins Chief Crean and members of Truck Co, as well as Engine Companies 1,3 and 4 at a department heavy rescue drill. Members learned how to use the new Paratech equipment and the winch on 3-8-9.

The Board of Fire Commissioners approved the April 7th Department election results and appointed Kenneth Furuno as Chief of Department, Chris Crean as 1st Assistant Chief and Nicholas Mendola as 2nd Assistant Chief.

The newly completed gear room at the main firehouse has been placed in service by the District. The new gear room is OSHA and PESH compliant and is designed to protect the safety of firefighters, allowing them to safely put their gear on or take it off in an area away from potentially moving fire apparatus. Thanks to Fire Marshal Greg Gottlieb for the photos.

Former Commissioner Robert L. Wind is honored for his 6 years of service by Commissioners Zara, Thomas, Munro, Beltrani and LaFemina.

Commissioners Zara and LaFemina attended a combined elevator and escalator rescue training exercise on Sunday, March 5. The training was held in conjunction with the Suffolk County Police Department's Emergency Services Unit at the closed JC Penny store at the Smith Haven Mall.

Please note that meeting dates may be subject to change.
Please check back for change notices. 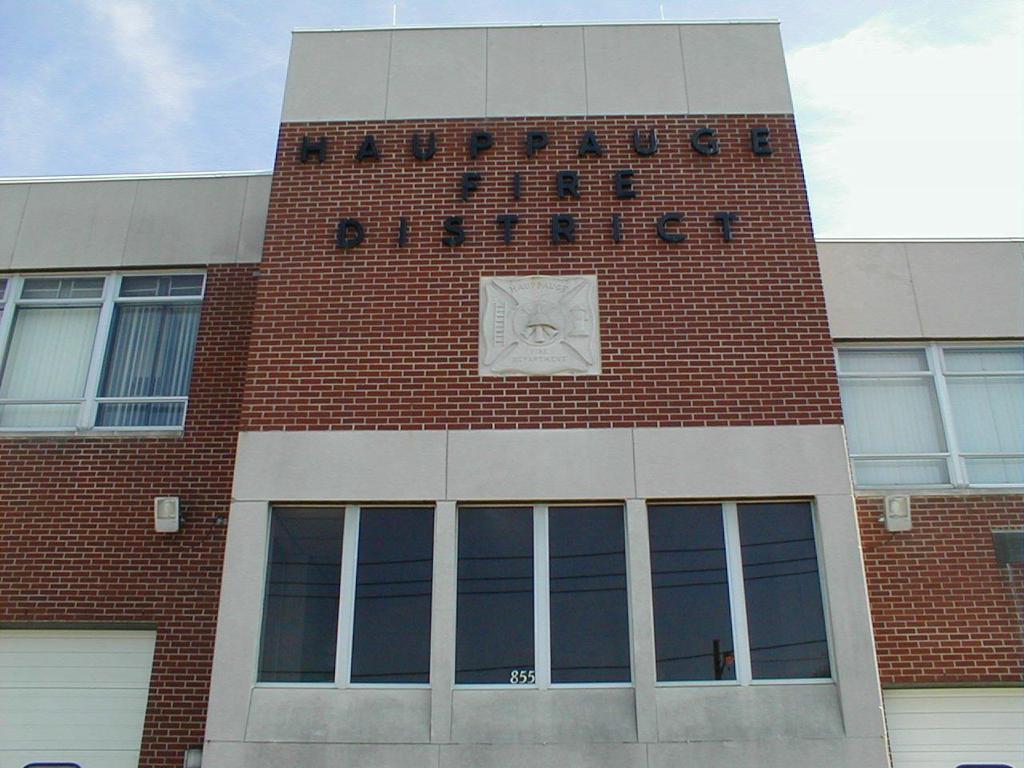 Scott D. Munro, Chairman of the Board
smunro@hauppaugefiredistrict.com

The Board of Fire Commissioners serve staggered five year terms, with one commissioner elected annually. Before entering upon the duties of their office, the commissioners must take an Oath of Office. Each year they elect one of their members to be Chairman. Special rules apply to the selection of commissioners for a newly established or consolidated fire district. A commissioner may not be a District Treasurer, Chief or an Assistant Chief of the fire department.

The commissioners are the governing body of the fire district and have numerous powers and duties. The most important include:

- Keeping the fire district spending within the statutory limitation;

-Auditing and approving payment of claims;

-Designating the banks to trust companies to serve as depositories   for district funds;

- Giving notice of the annual election by publication, determining additional hours that the election polls may be open, designating a   chairman of election, inspectors and ballot clerks;

- Appropriating, by resolution, at any time the proceeds of insurance received for the loss, theft, damage or destruction of real property if to be used or applied to repair or replace such property;

- Consenting in writing to the extension of the fire districts;

In addition to the above, the board may hire an attorney to counsel and assist in the discharge of its official duties; may engage a certified public accountant or public accountant to audit the accounts and fiscal affairs of the fire district; May organize, operate, maintain and equip fire companies in the district. The board of fire commissioners may also construct and maintain an adequate fire alarm system and employ such persons as may be necessary to effectuate the objects and purposes of the district. The board has exclusive management and control of the property of the fire district.  Annually, it prepares and files with the Budget Officer of each town in which the fire district is located, detailed estimates of the amounts of revenues to be received and expenditures to be made in the ensuing year.